Hi friend,
What do you call writings and stories about the future? A long time ago, we used to call them prophecies. You could argue that today, we call them science fiction. Whatever you call those stories, the futures imagined in most of them never came to happen in our universe. But a few of those stories show us our future, or at least glimpses of it. The problem is just that we don’t know which until they happen.
The difference between science fiction and prophecies as a genre about the future, is that prophecies often say that this WILL happen, while science fiction says this MIGHT happen. Some of these stories are tales of darker futures, warning us to avoid them, like “The Handmaid’s Tale”. Others are dreams of brighter days, like “Star Trek”. The prophecies that become popular in their age, whether they are in the form of scrolls, plays, books, movies or video games, say something about the current state of our collective consciousness. What humankind dreams of, what we yearn for and and what we fear.
Many believe that technology is what defines science fiction, and it’s not a hard conclusion to make. The genre tends to be heavy on technology, and in a society driven by technological innovation the marker of a future society is more advanced technology. Before technology, magic was what opened doors to potential futures and other worlds that may be. Magic has no restraints and can invent impossible worlds. But just like Arthur C Clarke said: “any sufficiently advanced technology is indistinguishable from magic”. Technology is anchored in science, and so technology is a more concentrated form of magic, focusing our imaginations on more plausible futures. When we come too close to realizing the dark futures, we use symbols from these stories to warn others that we are getting dangerously close, like all the women who have protested removal of women’s sexual and reproductive rights wearing the red dresses and white wings of the handmaids in The Handmaid’s Tale. This is why people wear Guy Fawkes masks, like V in V for Vendetta, to protest laws that bring us closer to a fascist future. 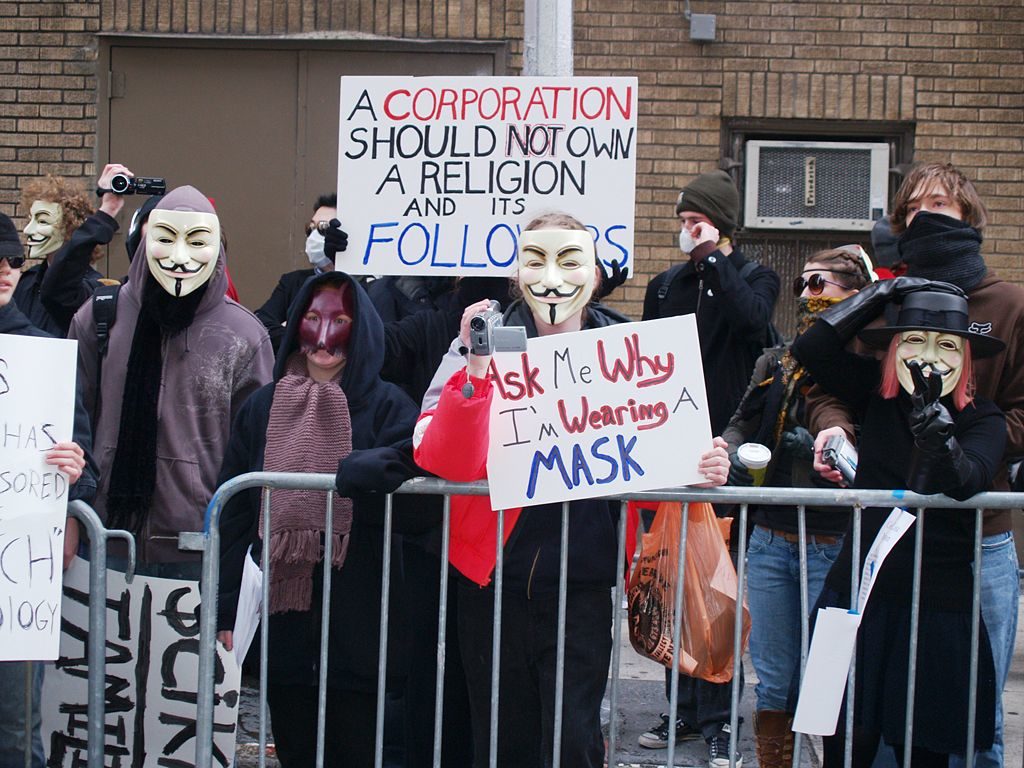 The words describe the feeling, the gif expresses it. In that, the gif conveys much more information than the word, in just as short a time. And it’s not just feelings that we can convey in a much more effective way, the same goes for knowledge and information. Take Einstein’s general theory of relativity: he was 26 years old when he published it, and had spent a considerable amount of his time and attention in figuring this out. He didn’t start from scratch, he too stood on the shoulders of earlier generations. Today, 102 years after Einstein published his theory, any well prepared fifteen year old can grasp the fundaments of it by watching Interstellar. Well prepared, I say, because you need some understanding of physics and spacetime to grasp why seven years pass for each hour they spend on Miller’s Planet. But we, too, stand on the shoulders of earlier generations, and so we can prepare fifteen year olds to grasp in a short time, things that took Einstein many years to figure out.